rom around the mid-16th century, the Foxcroft family owned the Weetwood Hall Estate. Daniel Foxcroft rebuilt parts of the building in 1625, a date that is proudly emblazoned above the porch of the original entrance to Weetwood Hall Estate.  During Henry VIII’s reign, decorative plasterwork became a popular architectural feature, as testified on the ceilings of Weetwood Hall Estates Manor House. One such intricate ancient feature that guests have the pleasure of seeing, is a framed lion’s head on the ceiling in the original porchway. During the 18th century, Weetwood was owned by John Gelder. In 1743 an advertisement reading “To be lett, Weetwood Hall, situate in the township of Headingley in the parish of Leeds,” proves that Weetwood was put on sale at this time. In the ensuing decades, several different families owned the estate, which was eventually developed by Alf Cooke. Cooke was a wealthy, self-made Yorkshireman, whose initials are still visible on the stone columns which support the wrought iron gates by the main entrance.

uring the First World War, Weetwood Hall Estate was taken over by the war office and used as a convalescent hospital for officers. In 1919 Leeds University bought the estate. The Manor House became private halls of residence for female students and the land was farmed by tenant farmers. Grants were given to pay for the residence fees of up to 30 young women who took up residence at Weetwood Hall Estate. The aim of the grants was that the young students would hopefully become teachers and be inspired by Weetwood’s impressive surroundings, recognising the value of living in such a grand accommodation. From 1925 – 1927 the Hall was extended with the construction of a large main block. Until this day the extension is still fondly referred to as “1926”. Weetwood Hall Estate continued as a Halls of Residence for Leeds University until the 1980s when it was decided the facility would be closed. It was in 1993 when Weetwood Hall Estate was turned into one of the leading hotel and conference centres in the North of England, offering modern and high-quality facilities in a site steeped with a fascinating history.

In 2005, a sculpture was erected in the middle of the turning circle in Weetwood Hall Estate’s car park.

ommitted to promoting an artisan appeal, the Weetwood Hall Estate wanted to commission a new piece of artwork that would encapsulate the essence of Weetwood and its unique history. The inspirational sculptor Steve Blaylock was given the task, whose highly-acclaimed metalwork can be seen in many prominent sites, including the Royal Horticultural Society Gardens at Harlow Carr and the BBC’s Blue Peter Garden. Striving to capture Leeds’ and Yorkshire’s unique identity and culture, Steve Blaylock proposed a cairn of Yorkshire stone that supported an oak tree made of steel and bronze, which was crowned by three magnificent owls. Owls have been the official emblem of Leeds since the 1660s and the owls that stand proudly aloft the steel and bronze oak tree of Weetwood Hall Estate’s sculpture gloriously echo the gold statuary that embellishes the Leeds City Council Building. The owl is also a feature in the Jacobean architect of the original Weetwood Hall manor house building and today the symbol of the wise owl represents the Weetwood Hall Estate.

Enjoy your stay in Leeds...

Give the gift of luxury

With our gift vouchers... 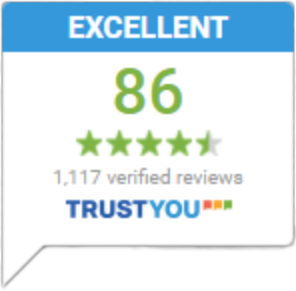